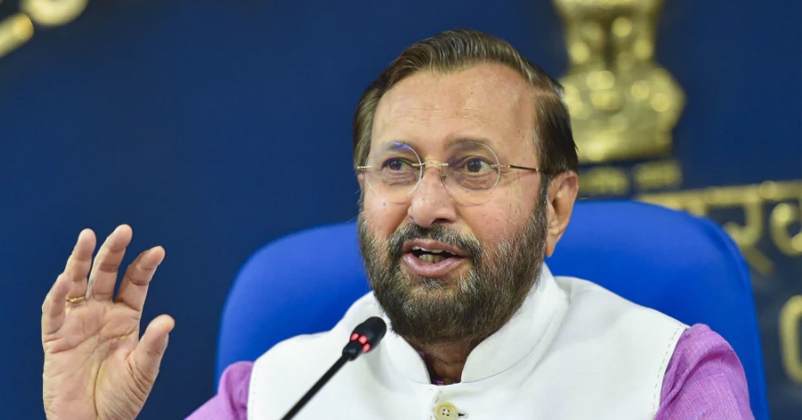 In a significant move, the Union Cabinet on Wednesday approved a Bill to introduce Hindi, Kashmiri, and Dogri as official languages in Jammu and Kashmir, in addition to Urdu and English that already exist. Union Minister Prakash Javadekar announcing the decision at a news briefing said the Jammu and Kashmir Official Languages Bill, 2020, will be introduced in the upcoming Monsoon Session of parliament.
Ironically, according to official Census 2011 data, only 19,956 people in the Union Territory i.e 0.16% people in J&K speak Urdu, whereas about 54.76 percent of Kashmiris speak the Kashmiri language. About 21.41 percent of people speak Hindi, including Bhadrawahi, Gojri, and Pahadi. Apart from this, 20.60 percent of people speak the Dogri language while about 1.79 per cent of the residents speak Punjabi.
Considering this data, the Bill approved by the Union Cabinet will prove as an important developmental move in favour of J&K natives. And as Prakash Javadekar, Information and Broadcasting Minister said, that the Bill has been approved based on “demand by the people”. Although he said more details would be shared when it is introduced in Parliament.
The Bill received the Cabinet nod on Wednesday at a meeting presided by Prime Minister Narendra Modi.
A. Major Languages Of J&K And The Mother Tongue Grouped Under Each Language:
(See Appendix II from Census 2011)
B. Distribution of 10,000 persons by Language in J&K :
· Total Speakers of Scheduled languages = 9727 out of 10,000
· Total Speakers of Non-Scheduled languages = 273 out of 10,000
C. Distribution of 22 Scheduled Languages in J&K by the Number of Speakers can be explained in this manner:
Welcoming the move Minister of State in Prime Minister’s Office Jitendra Singh said that it is not only a fulfilment of a long-pending public demand of the region for the inclusion of Dogri, Hindi, and Kashmiri as official languages in J-K but also in keeping with the “spirit of equality” which was ushered after 5 August 2019.
Jitendra Singh, a member of Lok Sabha from Udhampur said that the Cabinet's approval to the bill will end the grievances of discrimination on the basis of language. It was an anomaly that the three languages, Dogri, Hindi and Kashmiri which are spoken by nearly 70 per cent of the population of Jammu and Kashmir were not approved for use in official business, he said.
D. Major Non-Scheduled Languages of J&K along with their Number of Speakers
INFERENCE FROM THE CENSUS OF INDIA 2011 DATA
1. Out of the 22 Scheduled Languages mentioned in the 8th Schedule of the Constitution of India, five languages are most frequently spoken. These are (in decreasing order of their number of speakers in J&K) - Kashmiri, Hindi, Dogri, Punjabi and Urdu.
2. From among the 99 Non-Scheduled Languages as per Census 2011, six are most commonly used for speaking. These are (in decreasing order of their speakers in J&K) – Tibetan, Shina, Afghani/ Kabuli/ Pashto, Balti, Ladakhi and English.
3. Urdu, even after being the official language of the State of J&K, has the least number of speakers from among the 5 Scheduled languages mentioned above.
4. Kashmiri* includes other mother tongues too i.e. Dardi, Kashmiri, Kishtwari, Siraji and others, in addition to the Kashmiri that is ordinarily spoken by common people. This implies that the actual number of speakers of Kashmiri language are far less that as mentioned in the Census 2011.
"The Cabinet decision today will not only bring ease of governance but also ease of citizen participation in governance in the newly created Union Territory of Jammu and Kashmir," the Minister of State for Personnel said. He said it will remove the feeling of alienation among different communities and address the grievances of discrimination on the basis of language.