Enter your Email Address to subscribe to our newsletters

Enter your Email Address to subscribe to our newsletters

'Will certainly “relook” at revoking of #Article370 in J&K if Congress comes to power', says Congress leader Digvijay Singh; Gets grilled by politicians and social activists

'Will certainly “relook” at revoking of #Article370 in J&K if Congress comes to power', says Congress leader Digvijay Singh; Gets grilled by politicians and social activists 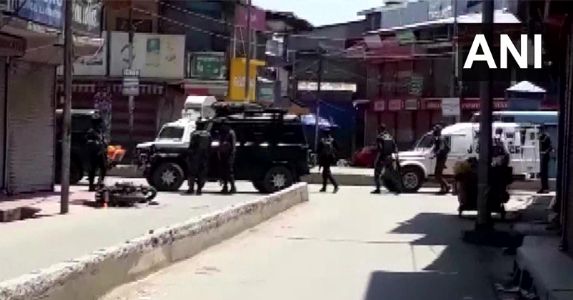 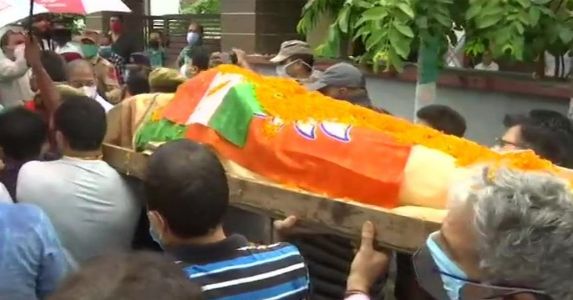 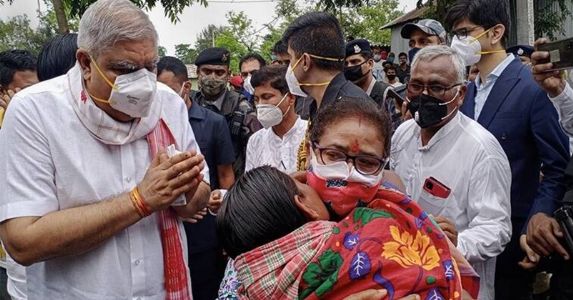 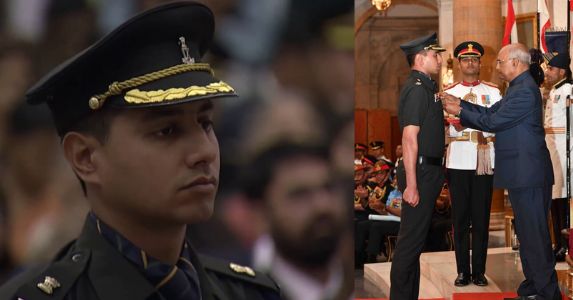 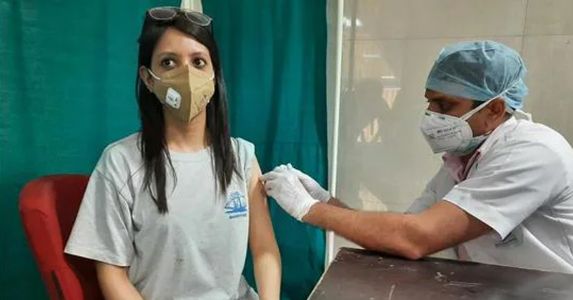 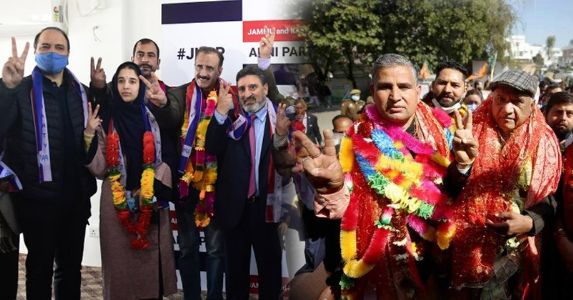 Five DDCs elect their chairperson and vice-chairperson in J&K Here’s a list of who won where!

In the first-ever elections for Chairpersons and Vice-Chairpersons in five district Development Councils across the Union Territory of Jammu and Kashmir that were held today, for the Jammu region BJP candidate Bharat Bhushan and Suraj Singh have been elected as Chairperson and Vice-chairperson respectively. In Srinagar, while Malik Aftab of JKAP secured 10 votes, Kaiser Ganai of NC followed him with 3 votes. The five districts where elections were held today included Jammu, Kathua, Srinagar, Shopian, and Ku 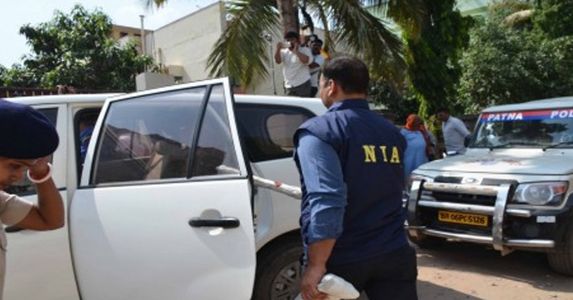 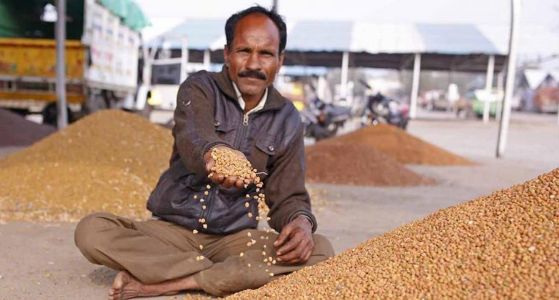 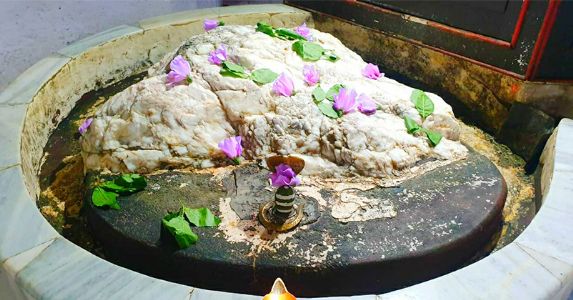 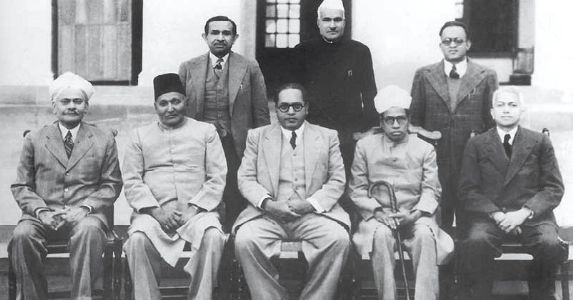 A day to express gratitude to our constitution framers
(Dr B.R. Ambedker with members of drafting committee of Constituent Assembly)   -Sant Kumar Sharma  Jammu, January 26:  As we celebrate Republic Day on January 26, 2021, today, perhaps we can devote some time to learn a bit about Pakistan, our western neighbour. Its struggle with framing of a constitution and becoming a republic, shedding the tag of a British Dominion. By the way, both India and Pakistan started their journey towards formation of independent co
read more
JK History 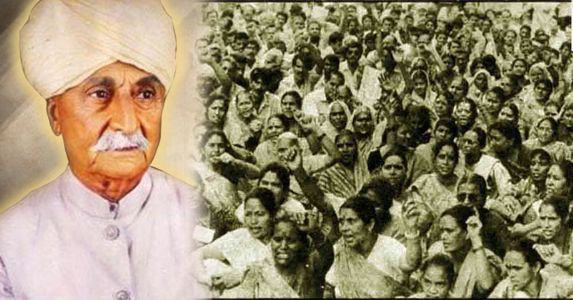 1. EMERGENCE OF PRAJA PARISHAD(1) BIRTH OF PRAJA PARISHADPrior to accession of the state of J&K in 1947 with Indian Union, there was no major political party in Jammu unlike in the valley of Kashmir.There were outfits like Naw Jawan Sabha, Muslim Conference, Hindu Sabha, Dogra Sadar Sabha and some others but their activities were confined to certain sections of communities. There were also some caste based Sabha of different Bradaries. However the RSS had developed a stron
read more 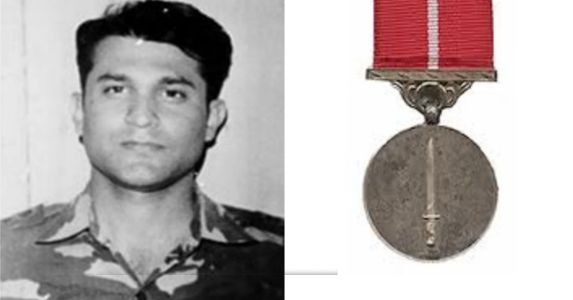 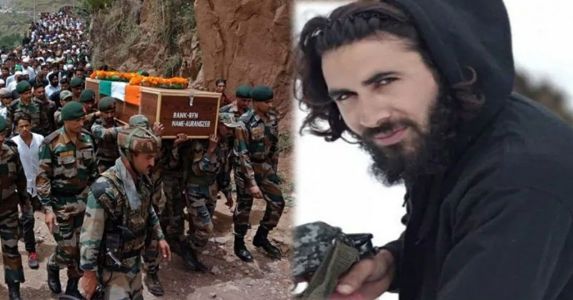 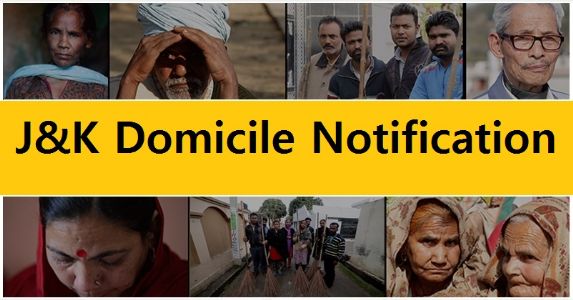 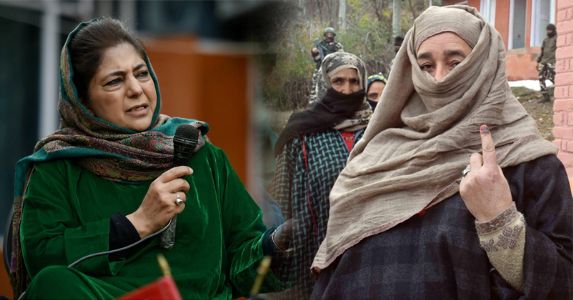 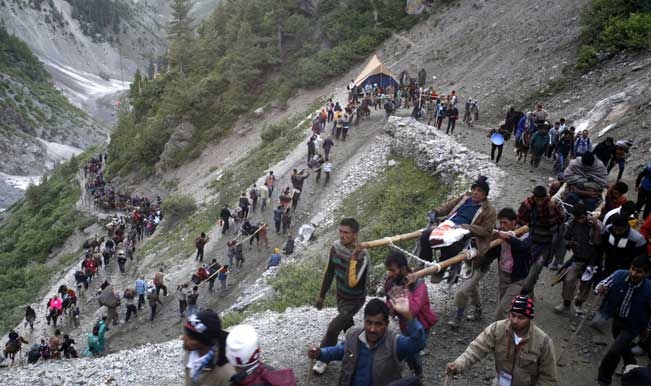 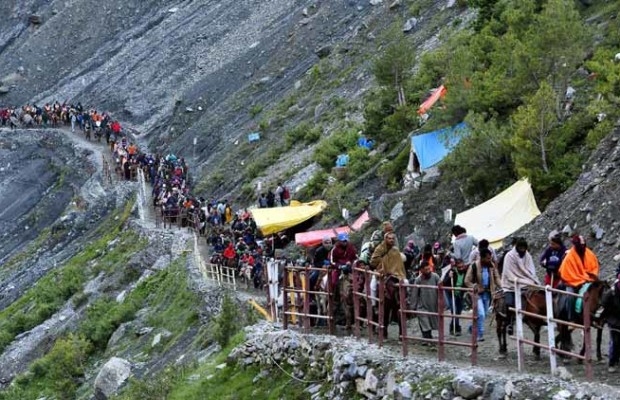 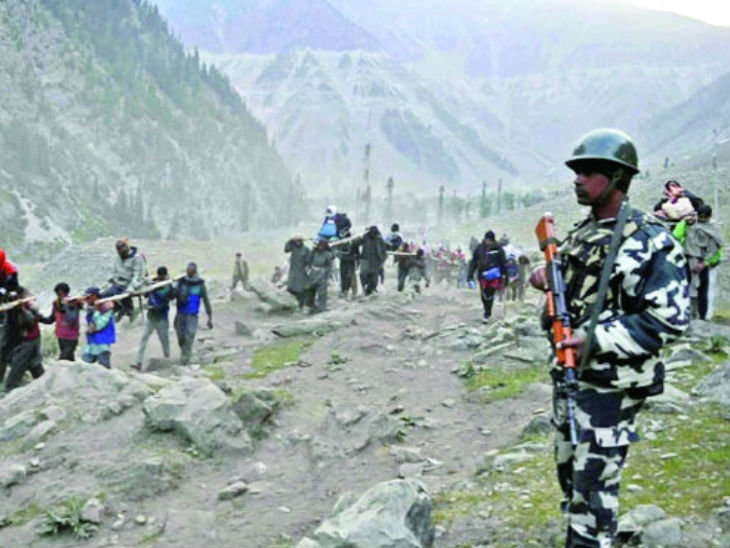 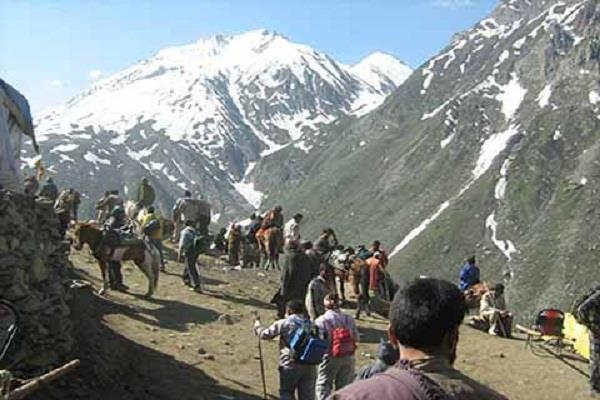 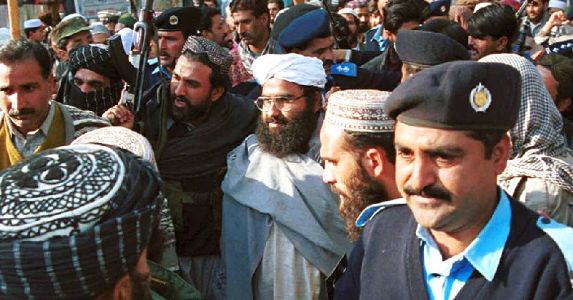 -Sant Kumar Sharma  Jammu, February 14: Maulana Masood Azhar was in a jail in Jammu when an Indian aircraft was hijacked on December 24, 1999, after it took off from Kathmandu. The hijack drama ended a week later in Kandhar city of Afghanistan after Masood's release, along with four other terrorists. Masood then moved to Pakistan and founded Jaish e Mohammad (JeM), a terrorist group focussed on India, and one which started the trend of suicide bombings in our country. &

do something
121 Days 4 Hr ago
Politics 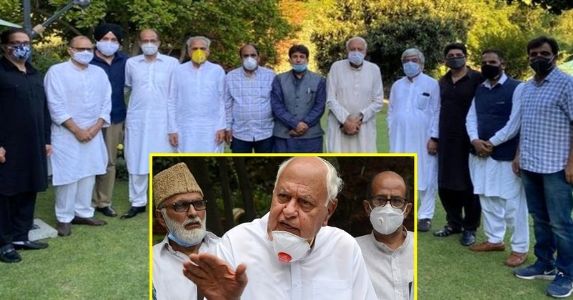 Gupkar resolution- One more deceit with the people of Jammu Kashmir

While plotting together against the Constitution, six mainstream political parties of J&K, NC, PDP, Congress, PC, CPM, and ANC have although cleared off their old differences to join hands to restore the unjustifiable Article 370 and 35A, what they must first understand is the real essence of their own slogan, "Nothing About Us Without Us". Because merely "day-dreaming" to restore Article 370 of the constitution that was only 'amended' and not 'removed', the issuance of any combined

do something
292 Days 6 Hr ago
First Sight
Culture 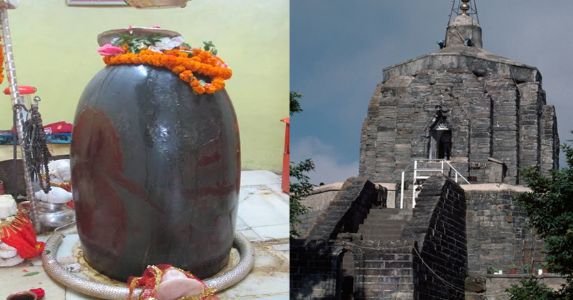 do something
110 Days 3 Hr ago
Latest 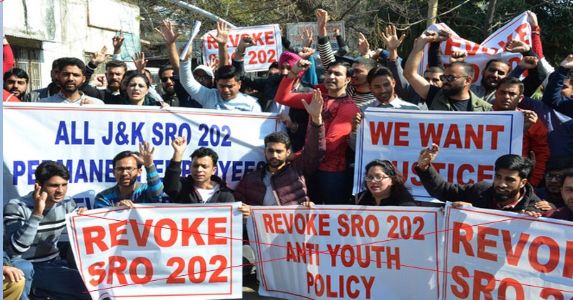 Bads of SR0-202 made known, Mr. Murmu would have hardly taken a few minutes for saying no to it, With SRO-202 Going Out Blessing of nearly 80% new government employees are Coming In for LG

do something
362 Days 21 Hr ago
JK Tourism
Tourism 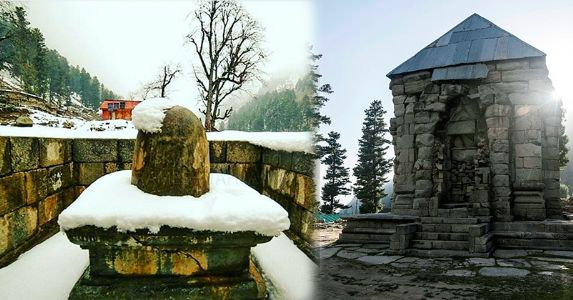 Wangath Temples of the Valley; The old ruins of ancient Hindu heritage in J&K

Rich in cultural and religious heritage, the Union Territory of Jammu and Kashmir has ancient temples which used to be the abode to Hindu gods but today there lies mere ruins of these holy sites due to anti-Hindu forces and Islamic terrorism. Decades ago, with the transformation of political power in the valley in 1339 A.D, the temples and cultural symbols of Hindus came under severe Muslim onslaught. The Muslim rulers owing to their religious orientation and demented commitment to the forcible expan

do something
266 Days 1 Hr ago
Culture 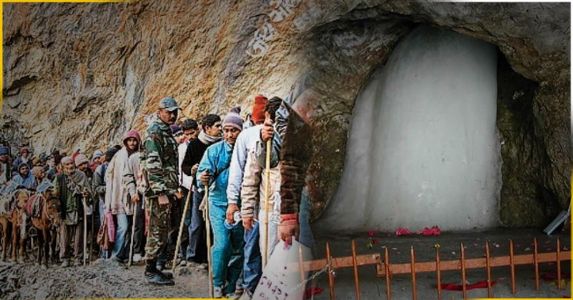 "Listen 0 Devi, I tell of the Mahaattintha Amreeshvara By listening to which alone, one is freed of millions of grave sins." ...Amarnath Mahatmya Amarnath Mahatamya describes the divine sanctity and legends of the Amarnath and the religious merit associated with the Yatra to the shrine which it calls Amreesh Maheeshvara'. Ancient scriptures and traditions of India tell that Amarnath Dhaam is the abode of Bhagwan Shiva Shankar, the eternal and original deity of whole creation. The